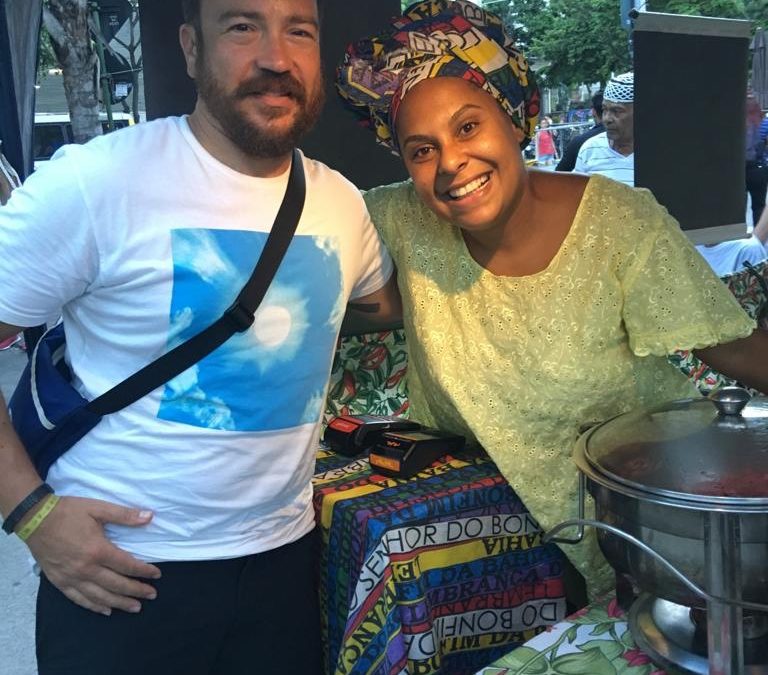 The secrets of acarajé

After practical experience Greg felt inspired and decided to share what he learned. 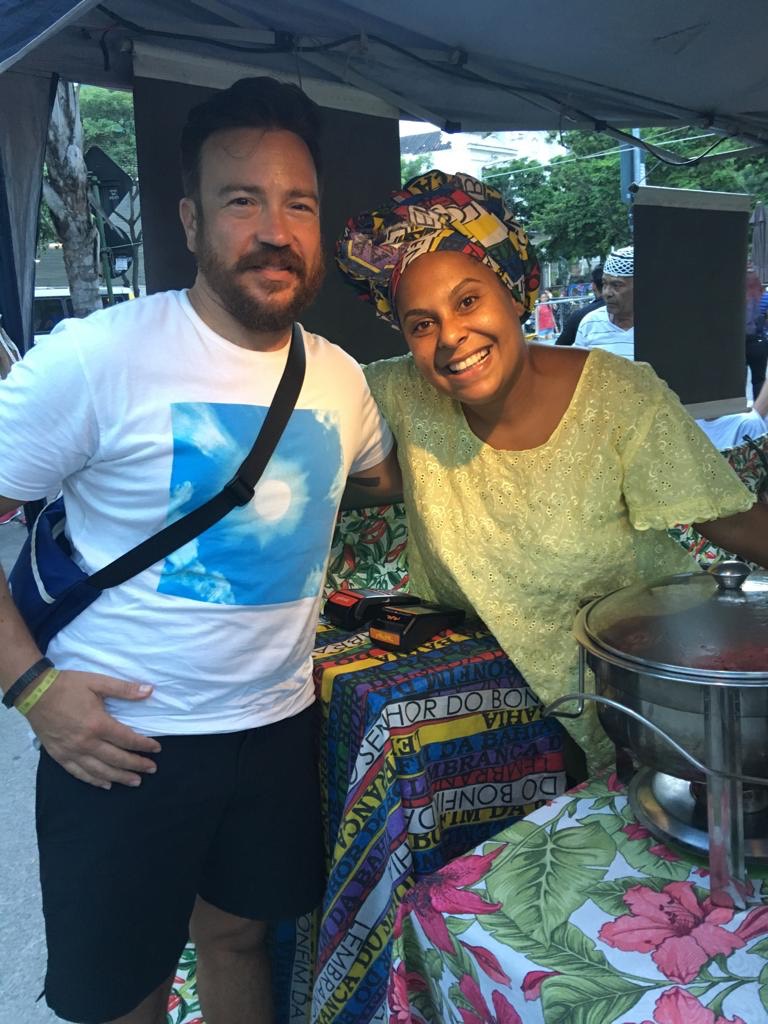 Sometimes, my constant talk about food pays off. I was supposed to meet Luciana, one of my Portuguese teachers, for an individual class when she sent me a Whatsapp message (the preferred method of communication for most Brazilians) with a simple question: “Have you tried acarajé yet?” While I am fluent in the basics of Brazilian cuisine, I am still a novice when it comes to regional foods so I only had a vague idea that acarajé  was something from Bahia. Luciana suggested we meet for a “practical class” instead to try acarajé from a street vendor in our shared neighborhood of Botafogo. Vamos lá, I thought. Let’s do this! 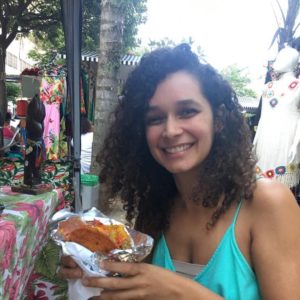 Luciana and I met at a cafe in Botafogo (near the subway) and talked about the history of acarajé before we tasted it. Luciana encouraged me to talk to Anna, the Bahian proprietor of the stall and while I was a bit intimidated at first, Anna was extremely patient with my questions (and my Portuguese) and turned out to be a passionate advocate for her native cuisine. We learned other facts about the dish all while Anna helped a steady stream of regulars at her immaculate station. As a result of the conversations with Luciana Anna, learn the following information: 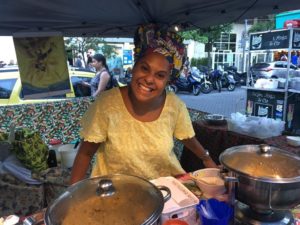 Acarajé is a Bahian delight with a long and colorful history. Acarajé has religious origins and represents one of the best known Afro-Brazilian dishes in Brazilian cuisine, although many Brazilians I know admitted they have never tried it due to its spicy reputation . Nowadays, the dish, similar in many ways to its Arabic cousin falafel, is considered part of Bahian cuisine. In Bahia, acarajé is still an offering for the Orixás, the religious figures of the Candomblé religion, although what is served all over is a more popular version. Because of its religious roots, the acarajé recipe is sacred and almost unchanging. Anna’s stall was decorated with tributes to Orixàs and it was clear that there is spiritual significance in making this dish for her. 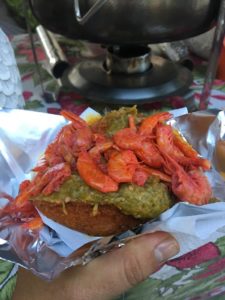 Acarajé is made from a batter of black-eyed peas and must be fried in dendê oil, a strong and tasty palm oil with a red color. Again, the popular recipe is seasoned generously a  with sauce made from malagueta chiles. This is fitting because acarajé roughly translates “to eat a fireball”. Nowadays, acarajé is served cut in the middle and stuffed with pepper sauce, braised small shrimp, vatapá (a paste of coconut milk, shrimp, bread, olive oil, ground peanut and palm oil) and caruru (another paste with okra ground). Interesting, Anna shared with us that, as acarajé evolved and travelled from Africa to Brazil, women were its primary vendors – a tradition that Anna is proud to continue.

The truth is that customer service is not always a thing here in Brazil; Street vendors and casual restaurants generally treat clients practically without any fanfare but once we started chatting with Anna, she was a willing culinary guide and proudly posed for photos. Sure enough, she wants her clients to leave satisfied and I’ll be back soon, perhaps with some ice-cold cerveja in hand. 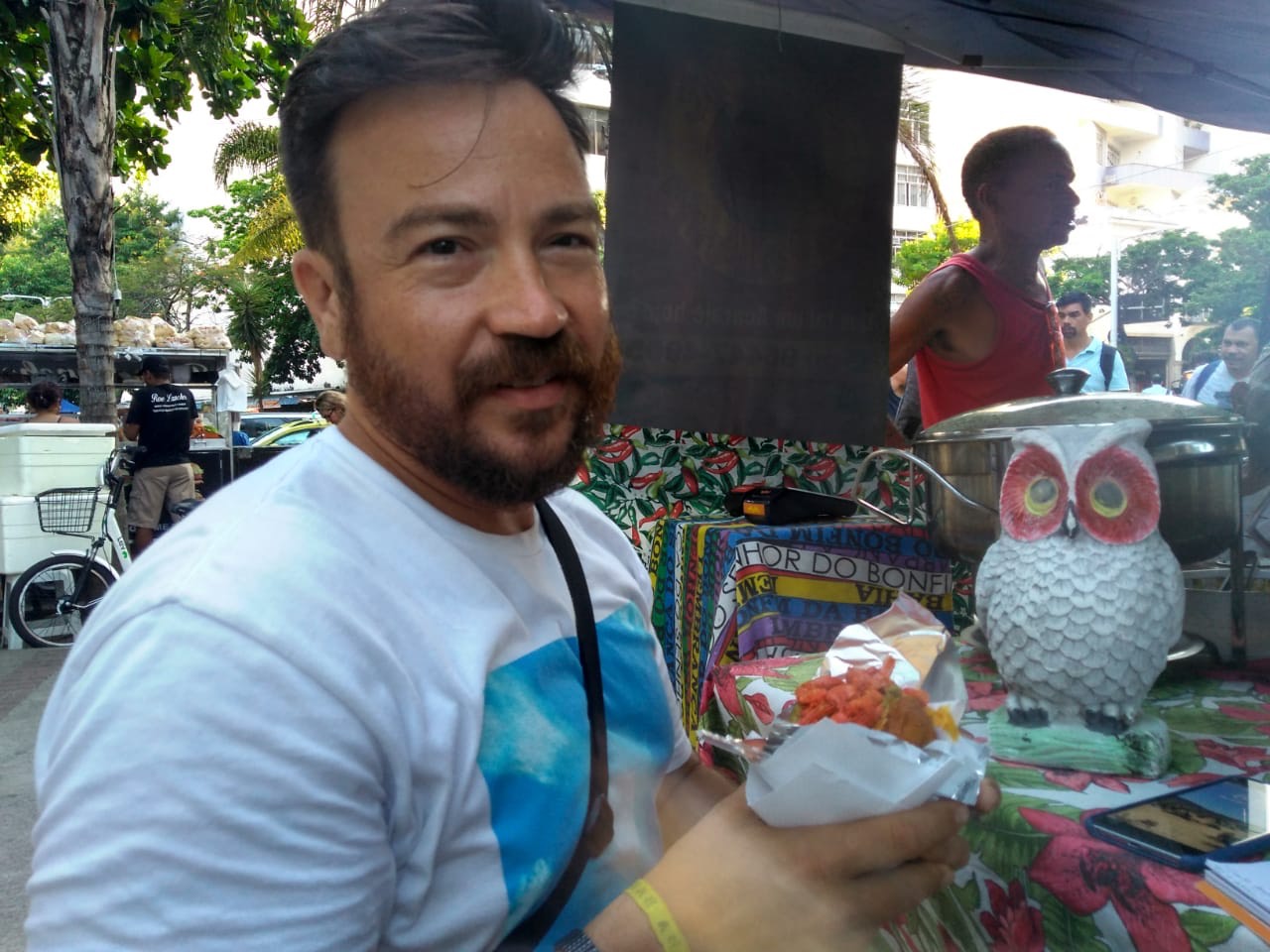