Samba, a rhythm in transition

Ir order to study the history of Brazil without any books, just listen to samba 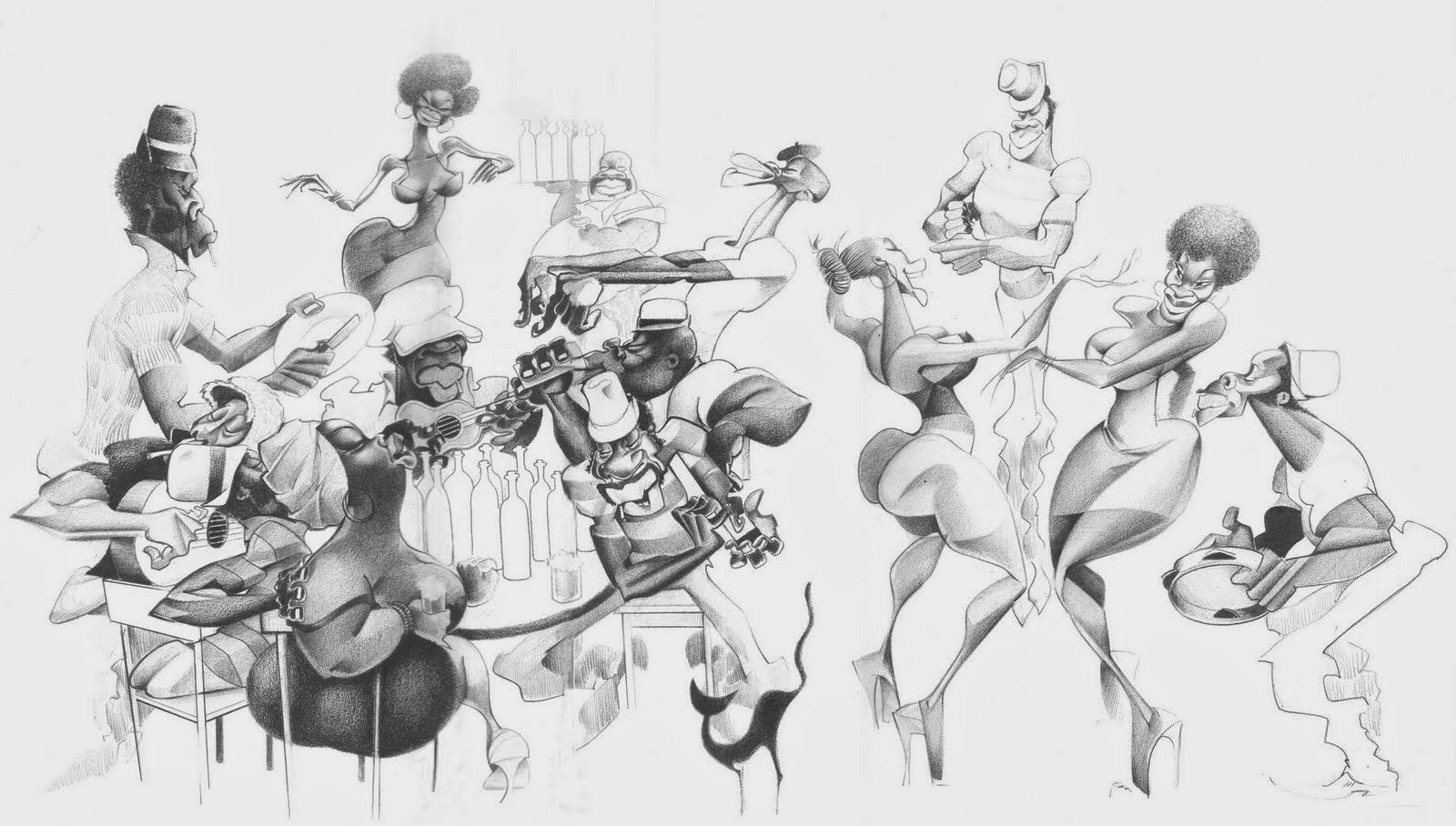 Fala Brasil School offers samba class | dance and its history. This is a part of the lesson material.

The samba was born in Brazil with the Africans who came as slaves to the country. This rhythm was inspired by tribal and religious sounds, but had acquired a completely new meaning with the people who would one day be named as Brazilians.

It is possible to say that samba is the soul of the people of Brazil. It started in Salvador with the Africans at the same time that Brazil was born as a country in the midst of a cultural fusionism.

The Africans brought it with them their religion named “candomblé”. During their ceremonies they presented many musical rhythms that gave origin to many Brazilian musical styles. Among them, the samba.

The slaves played samba in a circle of people – “samba de roda” – in the senzalas to tolerate the sadness. Many historians attribute to this moment the roots of the well-known Brazilian happiness.

With the black people, this cultural manifestation came to Rio de Janeiro. Bahia had a large part of its black population, and Rio was similar to a European cosmopolitan capital.

Donga, João da Baiana and Pixinguinha were the first samba players of Rio de Janeiro and gathered at Aunt Ciata’s house in Praça Onze. There was batuque, samba roda and good food.

The famous “choro” rhythm – translated to english it means “cry” – was the fusion between European rhythms and samba, the first composer was Pixinguinha. His most famous music is Carinhoso which was widely criticised for its remarkable European influence.

At that time the samba was seen as a trickster and was forbidden, it was seen as the music of slaves and it was not long since slavery was over, so there was a great atmosphere of tension in society and the country was still in search of national identity.

Then Getúlio Vargas, the president of the time not only allowed samba, but encouraged the samba players to play songs that could create a national identity, as long as they spoke in favor of Brazil, with the goal of making samba the rhythm of a democratic nation.

With Vargas at the time of the military regime the songs that did not speak in favor of work and morals were prohibited, because Getúlio wanted to create a white samba image, forgetting the tense past. Songs that spoke the difficult reality of Brazil remained marginalized and were prohibited, this was the samba at root, well-known as “samba de raíz”.

THE SAMBA MERGED WITH JAZZ AND BOSSA NOVA WAS BORN

The interesting thing about this fusion is that jazz and samba have the same origin – both came from Africa and lived similar processes. This merger is like a cultural rescue. The samba that has the black roots in the voices of whites disseminated concepts of prejudice that marked the supremacy of whites in society.

Carnival is a traditionally European festival and was brought to Brazil by the Portuguese. It was a feast of the intellectual elite. The celebration was performed through masked balls in halls and street parties where people danced and poured water at one another.

The samba artists were incorporating the samba to the carnival of totally clandestine form.

Many attribute to Aunt Ciata the fact that samba exists. Aunt Ciata would open her house to welcome the samba musicians. At the time it was common beating cops in which sambistas were arrested with their equipment. Aunt Ciata knew people in the police who always warned of possible police raids in time to remove any vestige of samba there. When Samba was released, Auntie Ciata was already old and almost did not leave home, so the samba artists passed in front of her house as a tribute to her. The Sambódromo was also built in her honor exactly in front of her house.

Different rhythms within the Samba

The Samba which is popularly named Samba de Roda has this name because it was played in circles. The sambistas sat at a table and around the people gathered to dance and sing along with the musicians.

When the samba went to the avenue it was necessary to dance while walking so the rhythm also had to change to allow the movement. This is the Samba Enredo. The Carnival Samba. It respects the order of the entrance of the wings in the avenue. In the beginning it is possible to listen to a few instruments and as samba evolves, the other instruments are heard coming in. Until you have all the instruments. The samba plot is created to be repeated throughout the parade or at least 65 minutes and maximum 82. EXPLODE CORAÇÃO MUSIC

Do Samba a Bossa – BCC

Salgueiro: Every Saturday in Tijuca

São Clemente: Every Tuesday in the center

Fala Brasil School offers samba classes for its students and partners free on Fridays. Come in! Just send an email to know the schedule and sign up fala@falabrasilschool.com